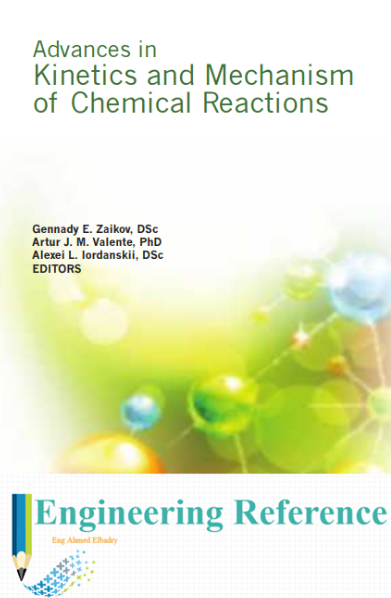 Chapter 1, by Valachova etal., describes their chemical system as comprised of the compound “arbutin” in cupric ion solution with ascorbate as a reagent for treating hyaluronan (HA). Thusarbutin was tested in the function of a potential anti- or prooxidant in Cu(II) plusascorbate, and it induced degradation of high-molar-mass hyaluronan (HA). The time- and dose-dependences of dynamic viscosity changes of the HA solutions were investigated by the method of rotational viscometry.

Both the reduction of the dynamic viscosity of the HA solution and the decrease of the polymer mean molar mass as revealed by the method of size exclusion chromatography proved the tenet that on using the Cu(II) ions plusascorbate, i.e. the Weissberger’s oxidative system, the degradation of HA macromolecules is pronounced by added arbutin. These studies of hyaluronan (HA), a biopolymer consisting of disaccharide units, are important from the perspective of understanding the physiology of HA in the bones and joints and in other tissues. The medical importance of understanding HA turnover in the human body cannot be underestimated. In Chapter 2, Ribieroet al., describe their investigations of diffusion kinetics, including the modeling of electrolytes and non-electrolytes.

Thus in the past few years, their diffusion phenomena group has been particularly dedicated to the study of mutual diffusion behavior of binary, ternary and quaternary solutions, involving electrolytes and non-electrolytes, helping to go deeply into the understanding of their structure, and aiming at practical applications in fields as diverse as corrosion studies occurring in biological systems or therapeutic uses. In fact, the scarcity of diffusion coefficients and other transport data in the scientific literature, due to the difficulty of their accurate experimental measurement and impracticability of their determination by theoretical procedures, coupled to their industrial and research need, well justify the work reported here by Ribieroetal. in accurate measurements of such transport properties.

Chapter 3 describes the frictional and elastic properties of the chemical system comprised of polystyrene dissolved in toluene. Medvedevskikhetal describe their work thus, as it has been experimentally investigated by the gradient dependence of the effective viscosity η for concentrated solutions of polystyrene in toluene at three concentrations, ρ, and for the four fractions of polystyrene characterized by four distinct molar weights, M. The gradient dependence of each respective solution’s viscosity was studied at four temperatures, T, for each pair of ρ and M valuations. The experiments were carried out with the use of a standard viscosity meter at the different angular velocities ω (turns/s) of the working cylinder rotation. An analysis of the η(ω) dependencies permitted the marking out of the frictional (ηf) and elastic (ηe) components of the viscosity and to study their dependence on temperature T, concentration ρ and the length of a chain N. These fundamental chemical physics studies, carried out on the molecular scale, are important for the theory underlying the viscosity phenomena. Where viscosity is a physical quantity that certainly requires further investigations and measurements on the molecular scale.