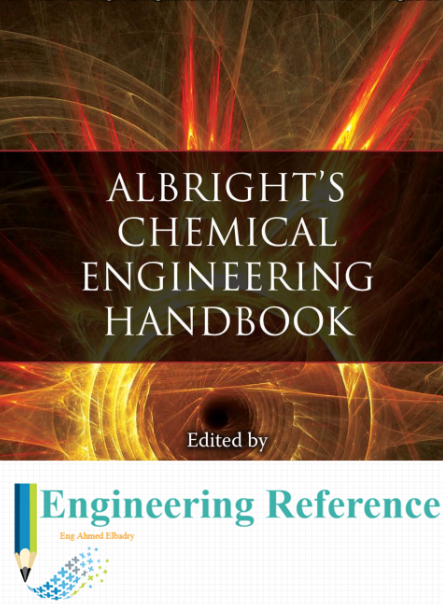 This handbook was written to provide a thorough discussion of the most important topics of interest to engineers and scientists in chemically oriented fields. The expected readers will vary from students in the university to those employed in industry, academia, and the government. Because the engineering disciplines are broad and complex, and growing more so, a wide variety of subjects needed to be covered in the 29 chapters of this handbook. The first 27 chapters are technical in nature; the last two chapters are not.
Because technical personnel need to communicate their ideas with others, one chapter focuses on communication approaches. Ethics has also become a key issue, especially in the last several years, and this is covered in the final chapter. As industry becomes increasingly internationalized, ethical concerns will likely continue to grow, because standards often vary in different countries. Let me share some of the thoughts that I had as I planned and organized this handbook.

First, a chapter in this handbook should differ from one to be expected in a textbook. In a handbook, each chapter should be succinct, providing basic information (including case examples) and indicating where additional information can be found. The topics selected for the various chapters in this handbook were chosen with the advice and counsel of individuals whose opinions I respect. Some overlap of material on specific examples is sometimes found in two or more chapters. For example, the determination and prediction of chemical and physical properties is discussed in both Chapter 1 (Physical and Chemical Properties) and Chapter 4 (Thermodynamics).

As editor, I permitted and even encouraged some overlap when the authors were reaching their conclusions from different perspectives. But I tried to be certain that the different authors were each aware of this overlap so that they could handle it to the best advantage of everyone involved. Second, there have been major advances in technical information in the last few years. It was therefore imperative that these advances be reported and discussed as needed. These include fundamentals, new approaches, and improved applications. Much better mathematical and statistical models are now available. Computers have become of ever-increasing importance, leading to much improved research, plant design, plant operations, and so forth.

Several groups currently market important computer models, and these are reported here. In some cases, free information can be found on the Internet. For example, the National Institute of Standards and Technology (NIST) has made available a large statistics handbook at no charge. Chapter 3 of the current handbook emphasizes the applications of statistics to chemically oriented problems. Third, the selection of an author for a specific chapter was often made after receiving the advice of others.

For all chapters, I outlined my thoughts on the expected emphasis that I hoped to be presented throughout the handbook. In all cases, the authors were given the chance to modify my suggestions. As a result, even better manuscripts were received. Several authors later added one or more coauthors, whom I welcomed. In my opinion, this handbook is blessed with expert authors. I hope that this handbook will promote better engineering and plant operations.