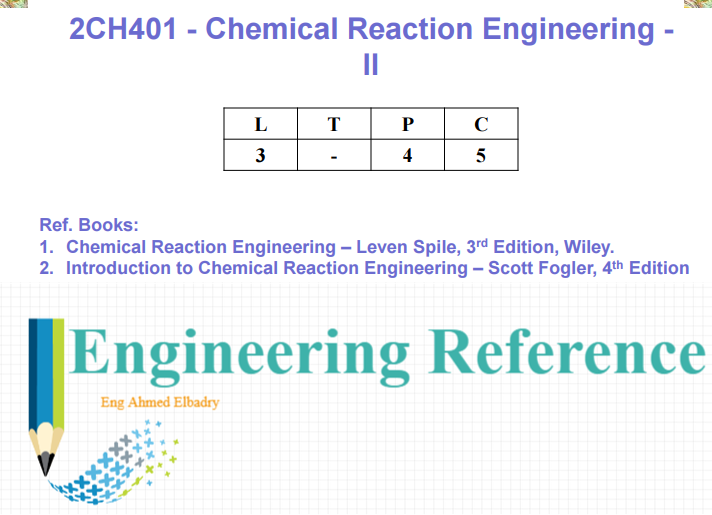 Countercurrent Plug Flow of Gas and Solids: Since only one or other reactant can be present at any level in the bed, there will be a sharp reaction plane where the reactants meet. This will occur either at one end or the other of the reactor depending on which feed stream is in excess of stoichiometric. Assuming that each 100 moles of solid combine with 100 moles of gas, Figs. below show what happens when we feed a little less gas than stoichiometric and a little more than stoichiometric. Reaction to occur in the center of the bed so that both ends can be used as heat exchange regions to heat up reactants.

This can be done by matching the gas and solids flow rates; however, this is inherently an unstable system and requires proper control. A second alternative, shown in Fig. c, introduces a slight excess of gas at the bottom of the bed, and then removes a bit more than this excess at the point where reaction is to occur. Moving bed reactors for oil recovery from shale is one example of this kind of operation. Another somewhat analogous operation is the multistage counter flow reactor, and the four- or five-stage fluidized calciner is a good example of this. In all these operations the efficiency of heat utilization is the main concern.

Particles of Different Shape: Conversion-time equations similar to those developed above can be obtained for various-shaped particles, and Table 25.1 summarizes these expressions. Combination of Resistances: The above conversion-time expressions assume that a single resistance controls throughout reaction of the particle. However, the relative importance of the gas film, ash layer, and reaction steps will vary as particle conversion progresses. For example, for a constant size particle the gas film resistance remains unchanged, the resistance to reaction increases as the surface of unreacted core decreases, while the ash layer resistance is nonexistent at the start because no ash is present, but becomes progressively more and more important as the ash layer builds up.

In general, then, it may not be reasonable to consider that just one step controls throughout reaction. For a reaction of this kind we visualize the following three steps occurring in succession. The boundary of this unreacted core may not always be as sharply defined as the model pictures it; nevertheless, evidence from a wide variety of situations indicates that in most cases the shrinking-core model (SCM) approximates real particles more closely than does the progressive conversion model (PCM). Observations with burning coal, wood, briquettes, and tightly wrapped newspapers also favor the shrinking-core model. Since the SCM seems to reasonably represent reality in a wide variety of situations, we develop its kinetic equations in the following section. In doing this we consider the surrounding fluid to be a gas. However, this is done only for convenience since the analysis applies equally well to liquids.