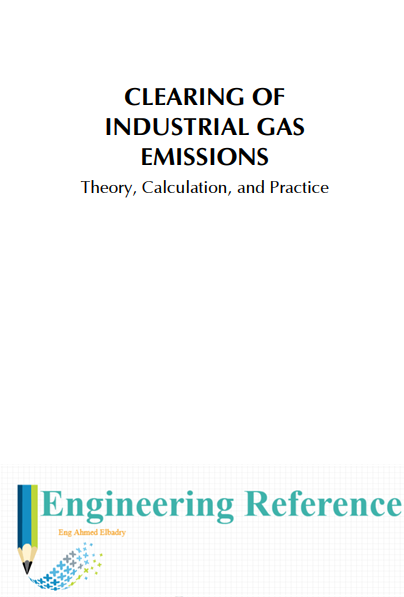 One of the basic problems of the twenty-first century is environmental contamination by coproducts of chemical manufacturing. Protection of circumambient air against emissions of low-purity gas is an extremely topical issue. According to the United Nations, annually 2.5 million tons of dust is thrown out into the atmosphere. According to American ecologists, the quantity of the dust formed in the industry will annually increase by 4 percent at the expense of the general growth of industrial production. Under forecasts of the Ministry of Natural Resources of the Russian Federation, Russian-maintained reserves of oil will run out by 2015 and gas by 2025.
By 2030, superiority will be occupied with coal and atomic engineering. Such changes in the fuel and energy balance in Russia and all over the world will demand perfection in gas-cleaning installations. Reliability and overall performance of gas-cleaning plants of processes and apparatuses of applied chemistries depend on physical and chemical properties of corpuscles and thermodynamic parameters of heterogeneous medium.

Concentration of fi rm corpuscles in gases and dispersion composition perfection of the organization of an operating procedure, which is an aspect of the technological apparatus and a regime of its work, depend on parameters of conduction of an operating procedure, features of the equipment, for example, from the way of crushing, drying, methods of rehash, and constructive characteristics of apparatuses. Many operating procedures are characterized by nonstationary regimes (variable in the time of concentration of a blending agent and charges of gases at change of the charge of a dispersion material).

One of the effective ways of clearing industrial gases from the weighed corpuscles is the wet mud process of the clearing, which has had of late years of considerable development in domestic industry and abroad.  weighed corpuscles can trap vaporous and gaseous blending agents. One of the reasons for restricted use of whirlwind centrifugal gas purifi ers is the absence of reliable methods of calculation of gas kinetics and processes occurring in them, and also criteria of scale parameter from laboratory models to industrial installations.

It results, therefore, that there are many working out of highly effective apparatuses, but their widespread occurrence is restrained by the absence of calculations and recommendations for realization of transition to necessary productivity and change of operating modes. Therefore, for designing new and effective utilization of known apparatuses for clearing of gas emissions, it is necessary to improve methods of calculation of gas kinetics and processes of separation of the two-phase twirled streams. Defi ning characteristics of apparatuses for clearing of gas emissions are effi ciency of separation and water resistance.

Known methods of calculation of effi ciency of the scrubbers based on the use of empirical functions, presenting parameters of fractional effi ciency and dispersion composition of a dust, do not vary the signifi cant accuracy. It is caused by the functions of mass particle size distribution of many industrial dusts which do not answer a logarithmically normal [lognormal] distribution because of the actions of several mechanisms of a dust formation. Use of some methods are inconvenient because of multistep, complexities, and labor contents of reception of initial data for calculation. Despite these defects, wet gas-cleaning installations can be applied with success in the chemical, oil refi ning, and gas industries, and he black and nonferrous metallurgy, power engineering, and other industries.