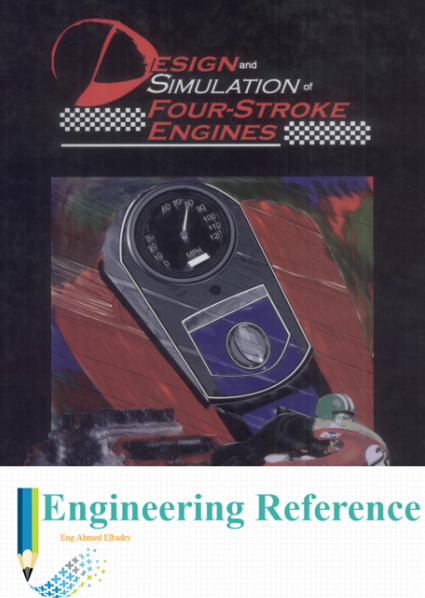 Since 1990, 1 have written two books on the design and simulation of two-stroke engines. Not many in the four-stroke engine industry will read such books on the assumption that they are not relevant to them. I will not dwell on this issue as I have already dedicated a couple of stanzas to this very point, on the previous page. Hence, when I came to write this Foreword, and reread what I had set down in those previous books, I realized that much of what was written there for the two-stroke enthusiast was equally applicable to the reader of this book.

Therefore, the book will attempt to explain the intricacies of, for example, intake ramming, and then provide you with empiricisms to assist you with the mechanical design to produce, to use the same example, better intake ramming in any engine design. Much of the engine simulation, with which I was involved at QUB over the last twenty five years, and to which I have applied myself even more thoroughly in the three years since I formally retired from my alma mater, has become so complex, or requires such detailed input data, that the operator cannot see the design wood for the data trees.

As a consequence, I wound this empiricism into visual software to guide me toward a more relevant input data set before applying it into an engine simulation computer model. Quite often, the simulation confirms that the empiricism, containing as it does the distilled experience ofa working lifetime, was adequate in the first place. However, sometimes it does not and that becomes the starting point for a more thorough design and comprehension process by simulation.

You will find many examples of that within this book. However, even that starting point is closer to a final, optimized answer than it would have been if mere guesses had been the initial gambit for the selection of input data to the engine simulation. The opening of the book deals with the fundamentals of engine design and development, ranging from mechanical principles, to engine testing and the thermodynamics of engine cycles.

To some it will read like the undergraduate text they once had; to undergraduates it will read like a tutorial by some pedantic professor, and to those who had no such formal education it will provide the thermodynamic backdrop they never had, but which they will need to follow the logic of the design and development of the four-stroke engine. It reminds you all, expert and novice alike, of the basics of the scene in which you wish to operate.