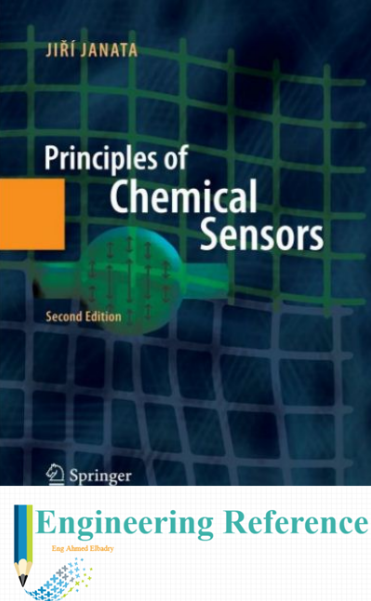 I started teaching graduate courses in chemical sensors in early 1980s, first as a onequarter (30 h) class then as a semester course and also as several intensive, 4–5-day courses. Later I organized my lecture notes into the first edition of this book, which was published by Plenum in 1989 under the title Principles of Chemical Sensors. I started working on the second edition in 2006. The new edition of Principles of Chemical Sensors is a teaching book, not a textbook. Let me explain the difference. Textbooks usually cover some more or less narrow subject in maximum depth.
Such an approach is not possible here. The subject of chemical sensors is much too broad, spanning many aspects of physical and analytical chemistry, biochemistry, materials science, solid-state physics, optics, device fabrication, electrical engineering, statistical analysis, and so on. The challenge for me has been to present uniform logical coverage of such a large area. In spite of its relatively shallow depth, it is intended as a graduate course. At its present state the amount of material is more than can be covered in a one-semester course (45 h). Two one-quarter courses would be more appropriate. Because of the breadth of the material, the sensor course has a somewhat unexpected but, it is hoped, beneficial effect.

It cannot pass as a textbook in any single area, yet it links different subjects that are not covered by the specialized textbooks. In that respect it serves as a review of many areas of chemistry, engineering, and physics. In my experience, even the first-year graduate students taking this course do not have sufficient knowledge of diverse areas. For that reason, appendices have been included as a quick reference. It is strongly recommended that the non-chemistry students review Appendices A and B, before starting on Chapters 1–3, and the non-physically oriented students review Appendices C and D before Chapter 4 and further.

The reader will find discussion on why some sensors work or do not, or even cannot, work. It is not a book that will direct the student to the specific type of sensor for a specific compound. There are plenty of modern search engines that allow retrieval of such information. This book is about principles.  Throughout the book “Thought Experiments” and analogies, such as equivalent electrical circuits, have been used to explain certain working principles. A logical flow in derivations of equations and/or explanation of concepts has been preserved. It is recommended that the instructor prepares his or her own lecture notes and use the book mainly as supporting lecture material.

Testing of students’ knowledge, otherwise known as exams, is an integral part of any course. I tried to avoid using conventional numerical problem sets because they tend to promote mechanical use of concepts, rather than to promote their understanding. There are plenty of problem sets that can be found in specialized textbooks. The instructor can find and “borrow” them, if necessary. Quoting the great medieval Bohemian educational reformer John Amos Comenius (1592–1670) that “the best way to learn is from mistakes,” I followed his advice in my book.

There are many examples in the chemical sensor literature that are not correct, or that cannot even work, for principal reasons. Arguing with them one-by-one inevitably leads to endless “battles with windmills,” with referees, authors, and editors. As a sole author of this book I am taking advantage of being able to express my own unchallenged opinions on some such controversial concepts and ideas. It gives me an opportunity to explain why I think that something cannot work rather than just declare that “I am right and the author is wrong.” In order to take full advantage of that position I have added to this edition a section called “Food For Thought” at the end of each chapter.
Examples of somewhat “provocative” questions, which may not have an obvious answer, but which require thought, can be found in that section. Most have been inspired by published articles and are quoted without attribution. Because publication of such impossible schemes is a never-ending process, a “Food-For-Thought” web site has been established as a “living sensor blog.” New FFTs will be added to it periodically. For the time being I will be the custodian, but the readers are invited to submit their entries to the FFT web site.