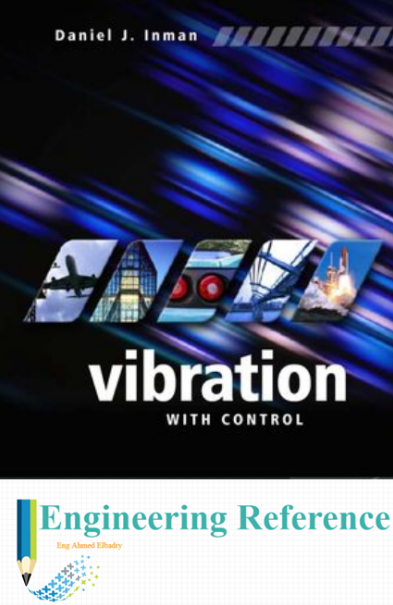 Advance-level vibration topics are presented here, including lumped-mass and distributedmass systems in the context of the appropriate mathematics, along with topics from control that are useful in vibration analysis and design. This text is intended for use in a second course in vibration, or in a combined course in vibration and control. This book is also intended as a reference for the field of structural control and could be used as a text in structural control. Control topics are introduced at beginner level, with no knowledge of controls needed to read the book. The heart of this manuscript was first developed in the early 1980s and published in 1989 under the title Vibration with Control, Measurement and Stability. That book went out of print in 1994. However, the text remained in use at several universities, and all used copies seem to have disappeared from online sources in about 1998. Since then I have had yearly requests for copying rights. Hence, at the suggestions of colleagues, I have revised the older book to produce this text. The manuscript is currently being used in a graduate course at Virginia Tech in the Mechanical Engineering Department.

As such, presentation materials for each chapter and a complete solutions manual are available for use by instructors. The text is an attempt to place vibration and control on a firm mathematical basis and connect the disciplines of vibration, linear algebra, matrix computations, control, and applied functional analysis. Each chapter ends with notes on further references and suggests where more detailed accounts can be found. In this way I hope to capture a ‘big picture’ approach without producing an overly large book. The first chapter presents a quick introduction using single-degree-of-freedom systems (second-order ordinary differential equations) to the following chapters, which extend these concepts to multiple-degree-of-freedom systems (matrix theory, systems of ordinary differential equations) and distributed-parameter systems (partial differential equations and boundary value problems). Numerical simulations and matrix computations are also presented through the use of MatlabTM. New material has been added on the use of Matlab, and a brief introduction to nonlinear vibration is given. New problems and examples have been added, as well as a few new topics